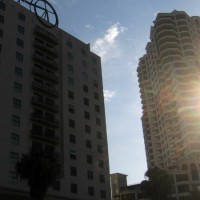 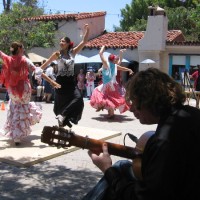 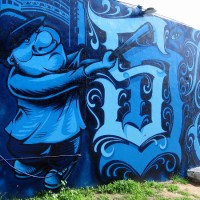 San Diego’s old Central Library on E Street was never really much to look at–in my opinion, at least. It was just a small, nondescript, almost colorless building across from the downtown Post Office. When the brand new gleaming Central Library opened in East Village, the doors of the old library were shut forever. But a few notable images–beautiful works of art near the entrance–still remain.

The classic Literature Panels at either side of the library entrance were created in 1953, when the building was new, by important San Diego artist Donal Hord, whose iconic works can be seen throughout the city. These reliefs depict readers and writers of books in human history.

Because of poor health as a child, he spent many hours in the San Diego Public Library and developed a love for reading. 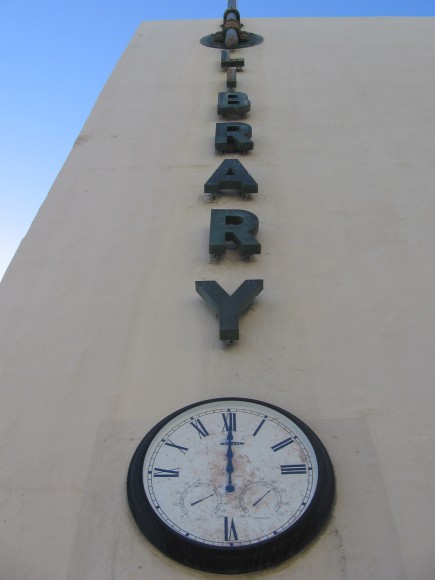 Early yesterday morning I walked west down Cedar to catch the trolley in Little Italy. The sun had just risen above the horizon and its rays were slanting through the cityscape almost horizontally. Metal surfaces were shining and shadows were still deep. It made for some very interesting photos!

I went for a walk bright and early yesterday morning. I got a few photographs of downtown San Diego along the waterfront.

The bay was quiet and very smooth. A lone rower was out slowing gliding across the water. The sun had just begun to rise in the cloudless sky behind shining skyscrapers…

Perhaps you fondly remember Bob Hope. Millions do. I do.

In San Diego, a fantastic tribute to the legendary comedian can be found on the Greatest Generation Walk, just south of the USS Midway Museum. Sixteen life-sized bronze figures show Bob doing a comedy routine for assorted American service members from the Army, Navy, Air Force, Marines and Coast Guard. An outdoor speaker plays old recordings of him telling his inimitable jokes. For five decades Bob Hope entertained the troops during his many USO tours.

Thanks for the memories.

If you’re walking around Balboa Park and feeling adventurous, you can sneak into a portion of the San Diego Museum of Art and enjoy a stunning indoor mural. Just enter the unlocked door near the Sculpture Garden’s outdoor cafe! Like the sculpture garden, this area of the museum is free to the public!

Here are a few pics of interesting (and sometimes mysterious) faces found in downtown San Diego.

I enjoyed a stroll through East Village this morning. It was my opportunity to take a few pics of the Padres Opening Day Block Party just north of Petco Park.

Dozens of tents and booths were lined up on either side of J Street. Kettle corn, barbeque on the grill, baseball souvenirs, assorted nonprofits and salespeople and radio shows…all the usual suspects were there. And, of course, baseball fans!