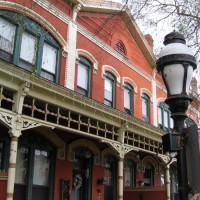 The Sunset Seat is a work of public art that was carved in the stump of a dead Torrey pine. The tree had been killed by bark beetles.

In 2015 this amazing public art took form. Inspired designer David Arnold and wood carver Tim Richards created a seat where anybody can sit and look out toward the ocean horizon, with a red-tailed hawk perched near their shoulder.

You can find the Sunset Seat a few steps west of a small parking area beside Camino Del Mar, a short distance north of Carmel Valley Road.

One day I will sit beside the beautiful hawk and watch a sunset. 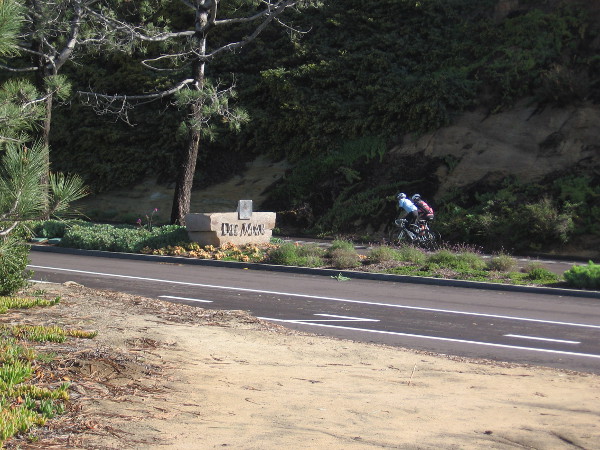 This morning, as I drove up Harbor Drive toward Point Loma, I suddenly remembered that the Maritime Museum of San Diego’s turn-of-the-century racing sloop Butcher Boy is being restored at Spanish Landing, where the galleon San Salvador was built a few years back. Work on the much smaller Butcher Boy is being carried out in a sheltered place under the North Harbor Drive Bridge.

Even though I’m no expert when it comes to sloops–or nautical stuff in general–I do love to look at boats and ships that sail. There seems to be something about white sails, sunlight on water, and wind-lashed voyages across rolling expanses that appeals deeply to the human spirit.

So, anyway, I decided to pull into the nearby parking lot to see what progress has been made in restoring Butcher Boy to its former glory.

I was able to take a few photos.

Even though no museum volunteers were at work in the early morning, and the large ship saw was covered with a tarp, a nearby sign provided some interesting information about these unique saws used by shipwrights. The angle of a ship saw blade can be changed as a cut is being made, so that compound curves can be created with a single cut.

An internet wooden boat forum that I found has some fascinating info about the history of Butcher Boy, including:

“Butcher Boy, which had similarly named counterparts up and down the West Coast, was conceived by Charles S. Hardy, owner of the Bay City Market on Fifth and Broadway downtown.

‘Boss Hardy,’ as he was known, needed a boat sturdy enough to handle any weather and fast enough to beat competitors out to the big ships anchored offshore, off what was commonly known as Spanish Bight and Dutch Flats.

Hardy turned to boatyard owner Manuel Goularte, a native of the Portuguese Azores. The model was the double-ended salmon boat sailed so successfully on the Sacramento and Columbia rivers.

A boat-building style that originated in Italy and the Mediterranean can also be seen in Butcher Boy, said Ashley, a style then favored by first-generation Italian fishermen in San Francisco Bay.

‘The gaff rig originated with the 15th-century Dutch,’ Ashley said. ‘Even though she was built as a work boat, she was beautiful, really special even in her own time.’

‘Everybody around the bay stops to look at her now. It’s like she’s sailing out of a Winslow Homer painting.’

If you are curious, and want to see historical photos of Butcher Boy under sail, and a detailed description of the restoration work now being done, please read the Maritime Museum of San Diego’s blog by clicking here.

Some fantastic, highly innovative art is now on display at the SDSU Downtown Gallery. Tom Loeser: Please Please Please is the title of the surprising exhibition.

Walk through the door of the SDSU Downtown Gallery and you might not be sure whether you’ve entered a bizarre furniture and hardware store or a dream-place where art conforms to your body. Those abstract paintings on the wall actually unfold into chairs! Those shovel handles in a row form the back of a beautifully crafted wooden bench! That colorful “luggage” tossed in a heap in one corner seems more appropriate for a comfortable living room than a cargo hold!

According to a sign in the gallery, Tom Loeser imagines new ways that the body, furniture and space can interact. He wonders: if the furniture we sit on were totally different, how might our lives be different too?

I can tell you resting on these pieces (and you’re allowed to actually sit on a few of his tumblers) would put me in a very creative and happy state of mind.

As I sat I might gaze at Tom Loeser’s artwork on the gallery’s walls, which includes fantastic blue cyanotypes and strangely elemental pyrography. Transformed by the artist’s genius, ordinary objects seem to radiate a weird spiritual essence. The images, like his furniture, seem to present a vision of unexpected potentialities in our practical, solidly physical world.

If you love really clever art, check out the SDSU Downtown Gallery before this exhibition ends on October 28, 2018!

Before my hike through the Sweetwater Marsh on Saturday, I took a stroll through the Native Pollinator Garden just outside the Living Coast Discovery Center. After reading a variety of informative signs, I paused in the garden to look at some very cool beehouses!

As I read about the beehouses, it occurred to me these would be extremely easy to make.

I took photographs just in case anyone reading this blog would like to make a beehouse for their own garden! Read the captions to learn more about the habits of ground-dwelling solitary bees and the materials you can use to make them a beehouse!

This morning I went on a walk in the Laguna Mountains. The pine-covered Lagunas, about an hour’s drive east of downtown San Diego, reach just over 6000 feet in elevation.

After parking at the Penny Pines area on Sunrise Highway, I began west down the Noble Canyon Trail, then turned south onto Big Laguna Trail.

A morning walk in the mountains is so quiet and beautiful.

Come along with me! In these photos we’ll be heading a couple miles or so to Big Laguna Lake, a temporary body of water that appears in the winter and lingers until summer.

During my walk I saw many broken trees and stumps, victims over the years of bark beetles and periodic wildfires. At first the air was very chilly, but as the sun slowly rose its warmth felt good on my face. I heard plenty of birdsong, knocking woodpeckers, and the soft mountain breeze in branches. I smelled new green grass and the towering pine trees.

My eyes noted many signs of early spring. 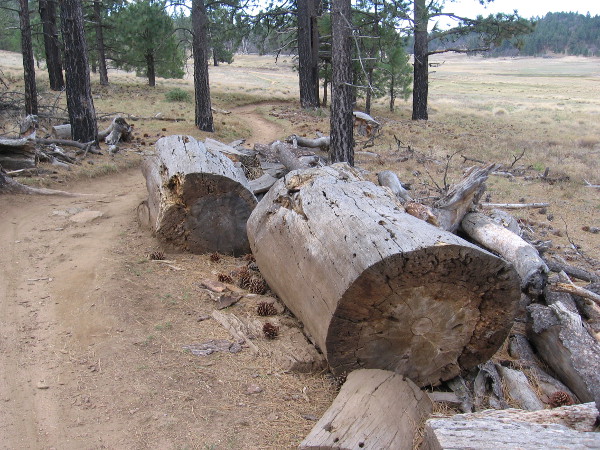 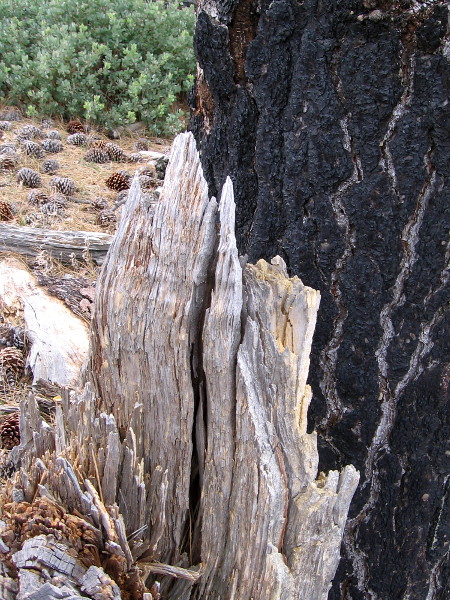 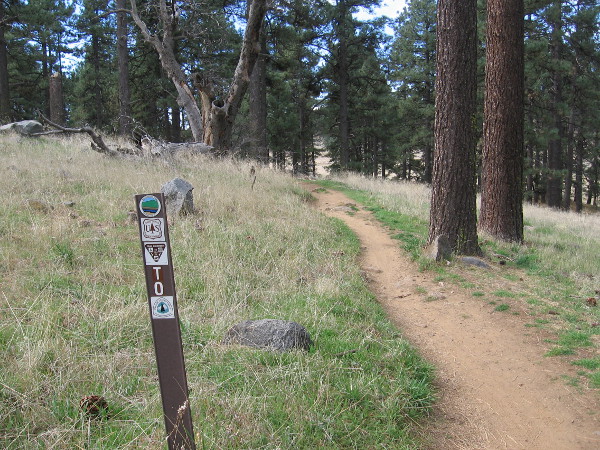 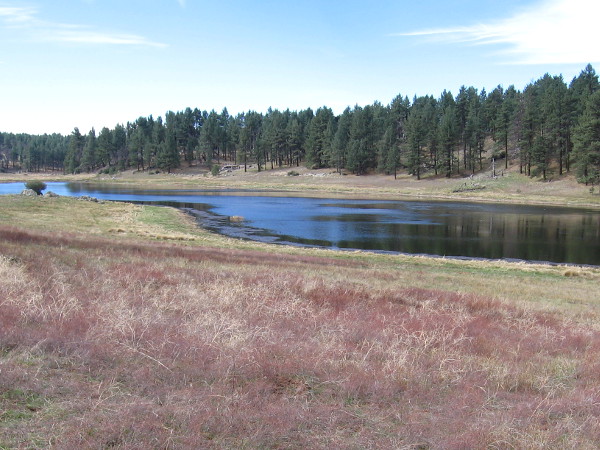 The HMS Surprise at the Maritime Museum of San Diego is getting a brand new deck! During my Sunday visit I noticed that replacement of the old deck is well underway!

Volunteers at the museum are applying the same methods and materials that were used so successfully to replace the deck of Star of India. I was told the main deck of HMS Surprise should be finished in about four months, and then the ship’s rigging will undergo an overhaul. Once all of that is complete, this beautiful replica of a 18th century Royal Navy 24-gun frigate should be ready to sail.

It’s hoped all the work will be complete in time for next year’s Festival of Sail!

As you might recall, this amazing ship co-starred with Russell Crowe in the acclaimed movie Master and Commander!

Night watch aboard the tall ship Star of India. I walked the deck alone…

A murmur of unseen water.

A web of mysterious shadows on every side.

The gentle flap of a sail.

The call of a night bird.

A halo of light from the saloon, illuminating classic beauty. 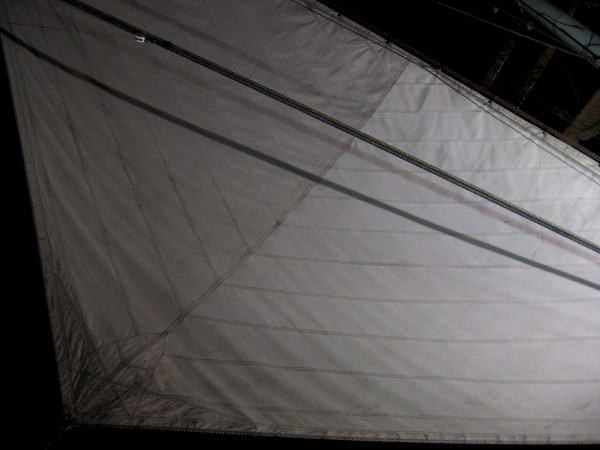 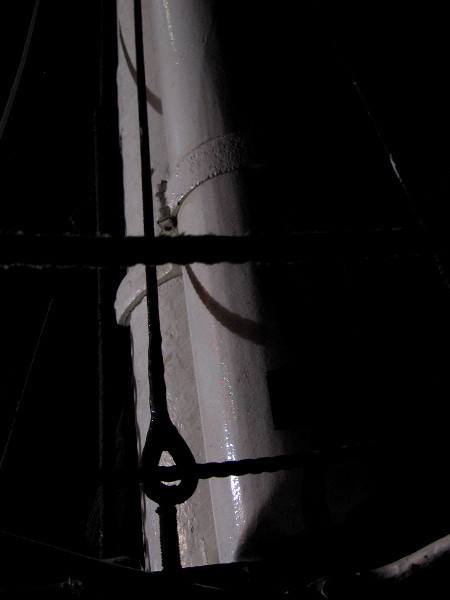 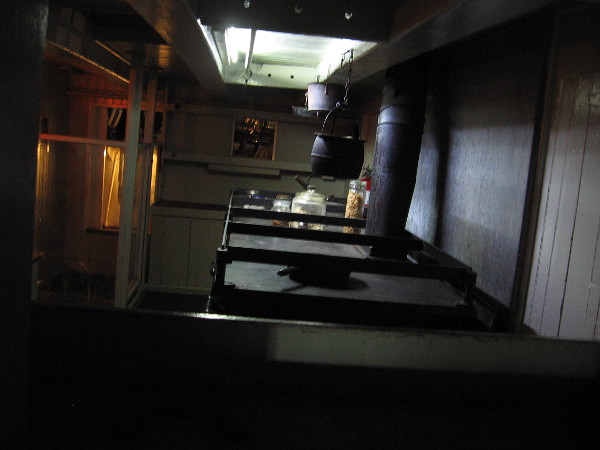 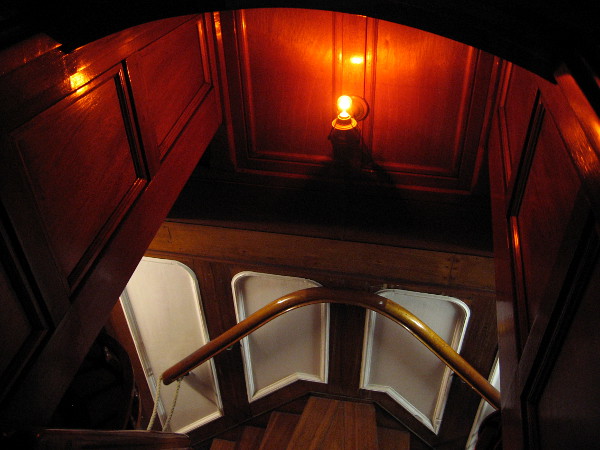 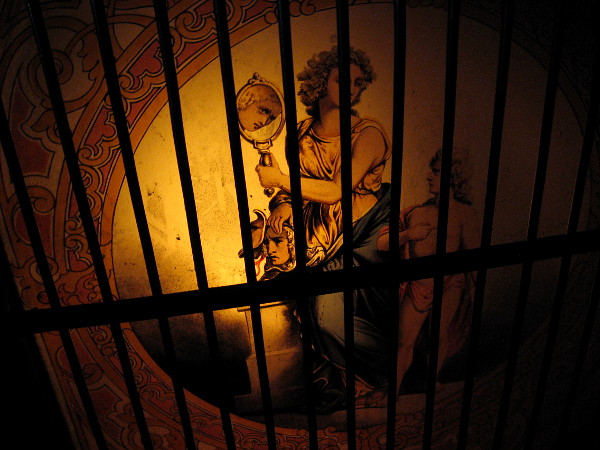