To me, that’s the one word that best describes the San Diego Convention Center.

Yesterday I enjoyed a fantastic inside tour of our city’s world-class convention center, thanks to the annual Open House event put on by the San Diego Architectural Foundation.

During the whirlwind tour our group saw many areas throughout the convention center, in both the iconic original structure and the later Phase 2 addition. We poked our noses into a vast hall where a new technology convention was being set up (no photos allowed), headed up an escalator one level, walked through the Sails Pavilion and a large ballroom, then took a freight elevator down to one of two huge loading docks. We walked through service corridors, got to see the convention center’s kitchen, and we learned about the logistics required to smoothly run such a mind-boggling operation.

During the tour we learned about the San Diego Convention Center’s new carpeting, the new digital signage, the emphasis on sustainability with LED lighting and a comprehensive recycling program, and so much more!

The problem is, as we turned each new corner, my eyes were always busy looking for photographic opportunities and I took few notes. I was dazzled by the sheer beauty of the public spaces. I can’t imagine a more beautiful convention center exists anywhere in the world. There is abundant sunlight, complex, jewel-like patterns of glass, and stunning views of San Diego Bay and downtown.

I won’t even try to caption these upcoming photos. To those who follow Cool San Diego Sights due to my coverage of Comic-Con, here’s what the San Diego Convention Center looks like without swarming crowds! 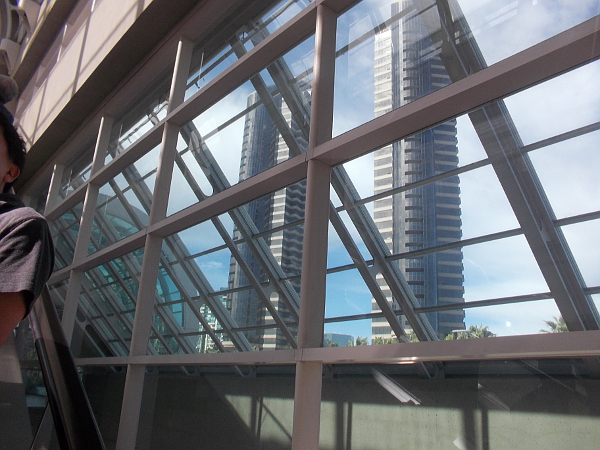 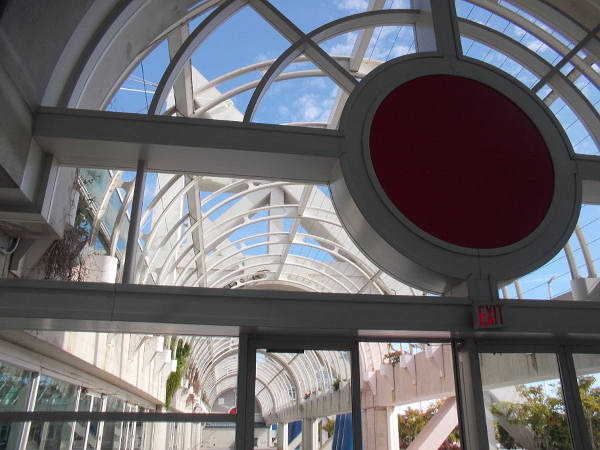 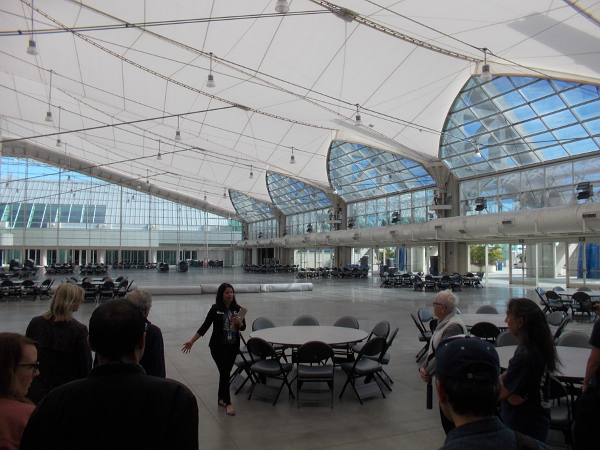 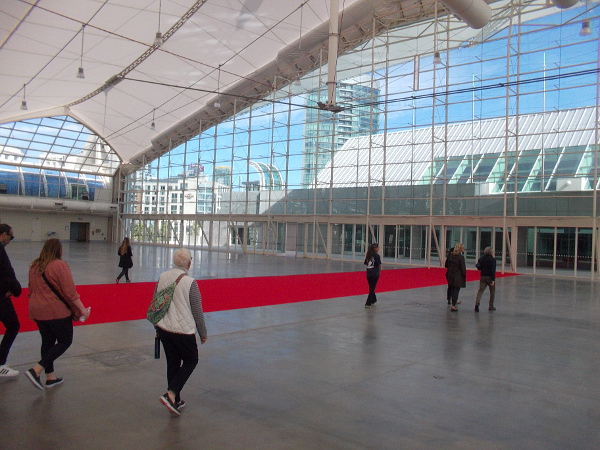 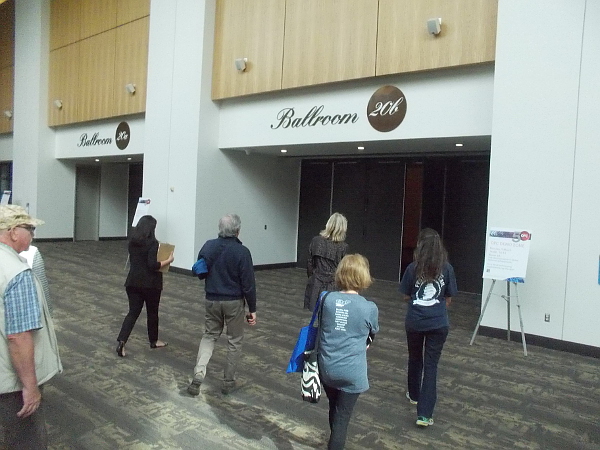 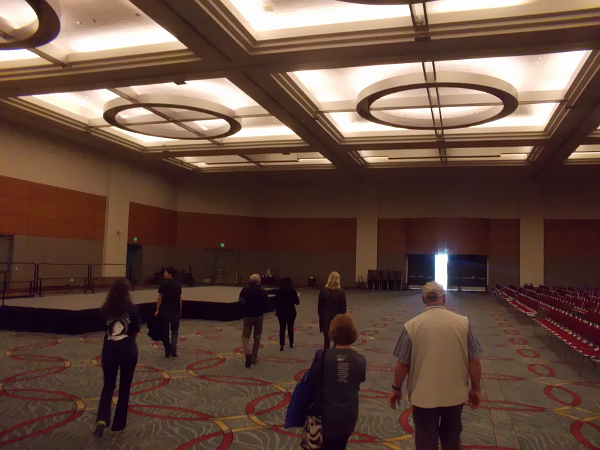 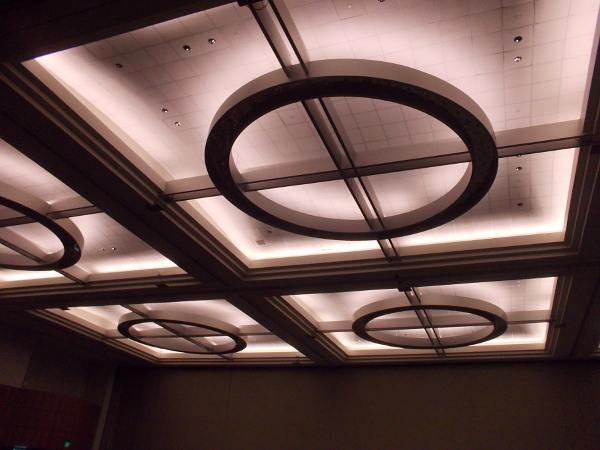 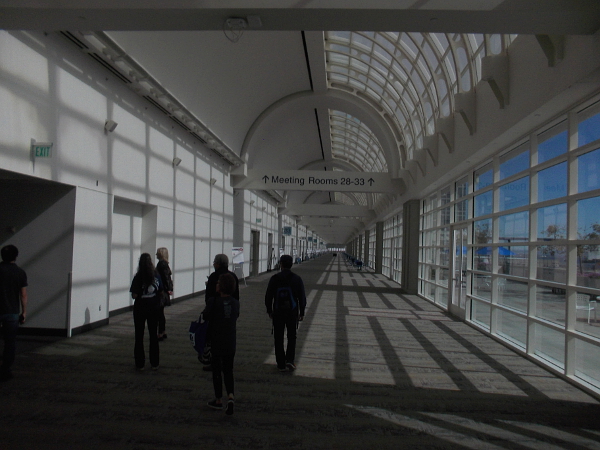 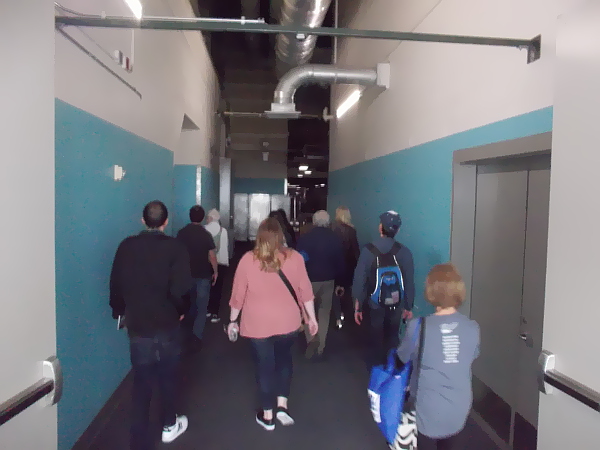 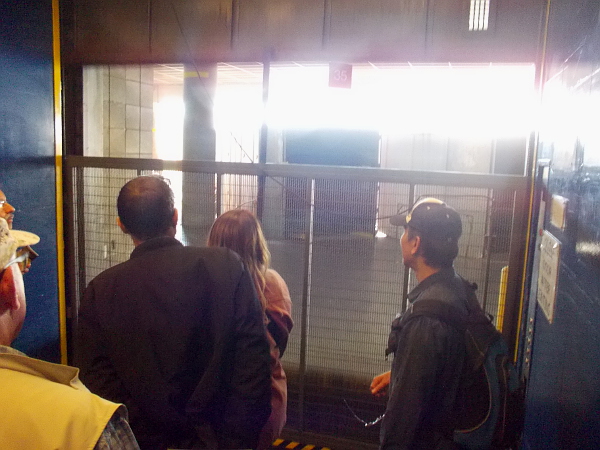 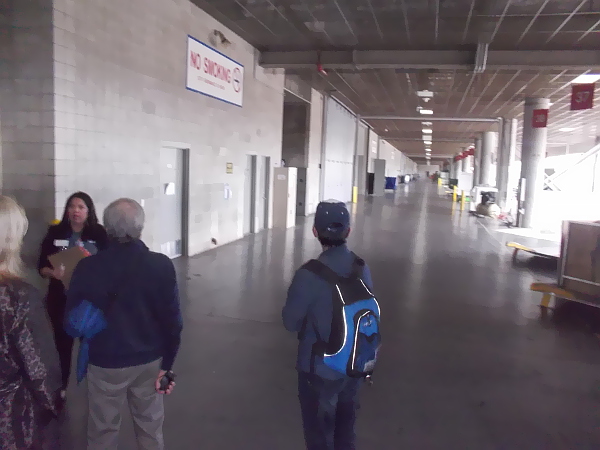 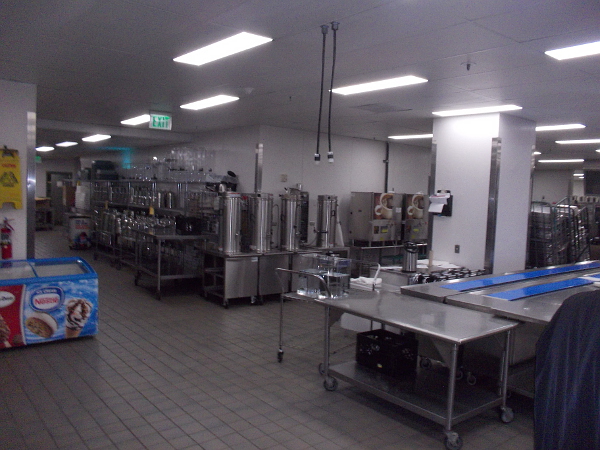 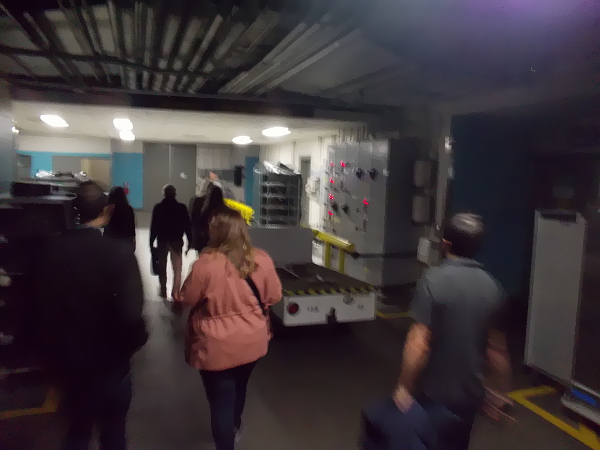 5 thoughts on “A tour inside the San Diego Convention Center!”