If you’ve ever driven down Pacific Highway south of Old Town, there’s a good chance you’ve spotted an enormous whale!

That whale was painted by muralist Chris Konecki in 2016 for PangeaSeed Foundation’s environmental project Sea Walls: Murals for Oceans. (Many more amazing murals were created by other artists during this same citywide event.)

The big, colorful whale mural is on the side of BJ’s Equipment Rentals, between Wright Street and Estudillo Street. The title of this mural is Just Passing Through. Look closely and you’ll see scuba divers around the whale, either spray painting graffiti on the whale or removing it!

Vandalizing a beautiful living whale would be a horrible thing to do. Endangering these magnificent creatures with pollution in the oceans would be just as reprehensible. 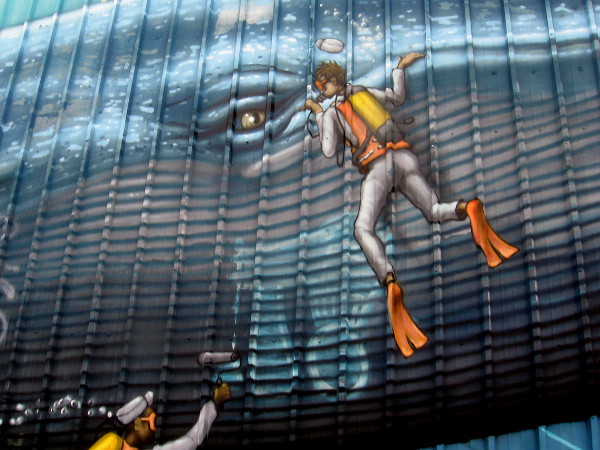