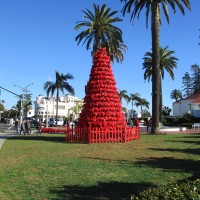 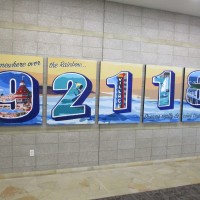 There’s a fifth trolley wrap debuting for 2017 San Diego Comic-Con! I don’t recall there being as many as five different wraps before!

I got lucky and got some pics this morning. This new wrap promotes the Syfy channel and appeals to real fans of science fiction and pop culture entertainment. The graphics don’t appear to be all that fancy, but the words flashing by might turn out to be effective.

I also saw a couple other new sights. Some Game of Thrones banners were hung today along the trolley tracks near the convention center. And a gigantic structure is being built north of The Tick Takeover. A guy watching Amazon’s smaller areas along MLK Promenade thought it was for NBC. During past Comic-Con’s that parking lot has been utilized for private studio parties, if I recall correctly. (Of course, if you know more than me, please leave a comment!)

One thought on “Syfy trolley wrap, and more new stuff for Comic-Con!”