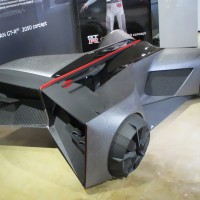 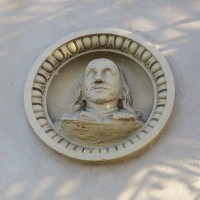 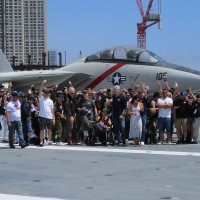 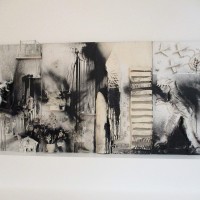 A sign marks the original southern terminus of historic U.S. Route 395 in downtown San Diego. I spotted the sign for the very first time this weekend, as I walked down Park Boulevard just north of Market Street.

I believe the sign is fairly new–either that or I simply haven’t noticed it before.

According to Wikipedia: “US Highway 395 once extended to 11th and Ash in downtown San Diego…From Murrieta the old route follows Interstate 15 again to east of Fallbrook where the original US 395 still exists as a frontage road. ‘Old US 395’ can be followed from north of State Route 76 through Escondido where it meets Interstate 15 again. Finally, State Route 163, the old routing of US 395, splits off Interstate 15 at the south end of Miramar and follows the Cabrillo Freeway into downtown San Diego.”

The historic route into San Diego existed until 1964. Around that time large Southern California stretches were replaced by modern freeways.

Today, the existing U.S. 395 runs from British Columbia, Canada down to the Mojave Desert at Interstate 15 near Hesperia.