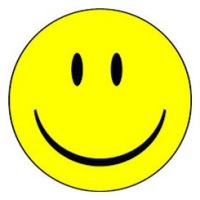 There’s a hidden garden in Balboa Park that almost nobody visits. It’s called the Administrative Courtyard.

The Administrative Courtyard is green, peaceful and very beautiful. There are fountains. There are arbors with vines and trees. To me, the most wonderful part of this courtyard garden are the gazebos at its corners. They give this special place personality. They are both cheerful and elegant, welcoming visitors with their bright tiled domes and nearby benches.

As I walked through and around the gazebos on a sunny winter’s day, I found many interesting contrasts of light and shadow for my camera.

If you’d like to find the hidden Administrative Courtyard, head to Balboa Park’s Inspiration Point, east of Park Boulevard, and walk behind the Developed Regional Parks Administration Building. That’s the handsome building that stands with its double towers atop a hill.

This corner of Balboa Park, including the Administration Building and nearby Veterans Museum (originally a military chapel), was once part of San Diego’s United States Naval Hospital, which was built in the early 1920s. When the hospital moved into Florida Canyon, Inspiration Point opened up its wonders to you and me.

2 thoughts on “The gazebos of Balboa Park’s hidden garden.”