Look what I spotted early this morning at the MTS trolley yard! It’s the first 2019 San Diego Comic-Con trolley that I’ve seen so far! I recognize characters from Nickelodeon’s SpongeBob SquarePants!

Right about now a whole bunch of cool Comic-Con designs should start appearing as wraps are applied to trolley cars. I learned from one trolley driver that teams of six people apply each wrap, three per side. Every car takes about a day or so.

I’ll keep my eyes wide open in the days ahead and will post more Comic-Con wraps as I see them. Stay tuned!

I spotted a SpongeBob SquarePants trolley after work and got some good photos of both sides! 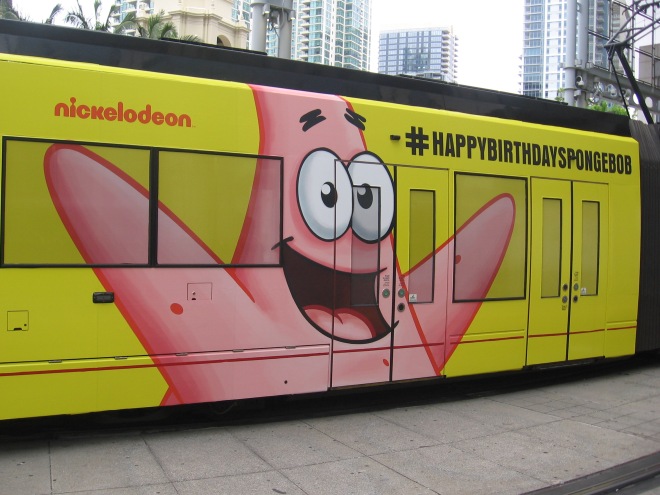 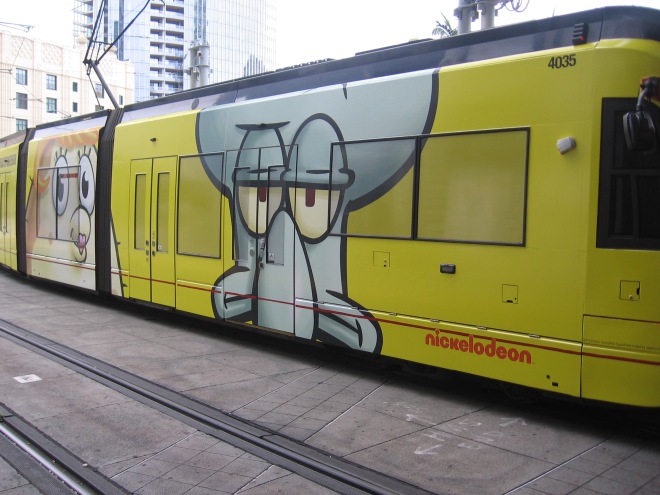 I got pics of a completely different SpongeBob SquarePants design on a second trolley car! Unfortunately, I didn’t have much time and was only able to get one side…

I got the other side of the second trolley!

(I also believe a third SpongeBob design was being applied to one of the older trolleys this morning. I’ll watch for it!) 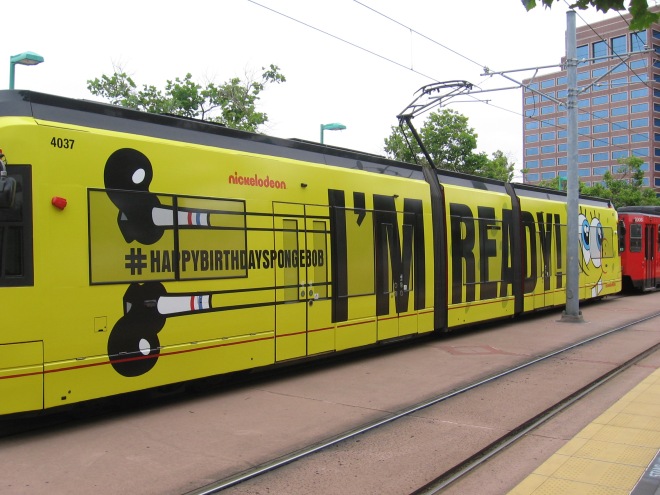 I took pics of a third new SpongeBob design! This wrap was applied to an older-style trolley car!

What other fun Comic-Con wraps will appear in the days ahead? 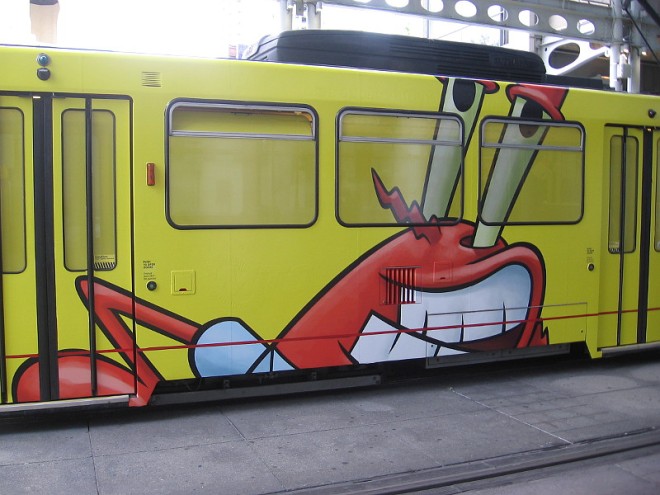 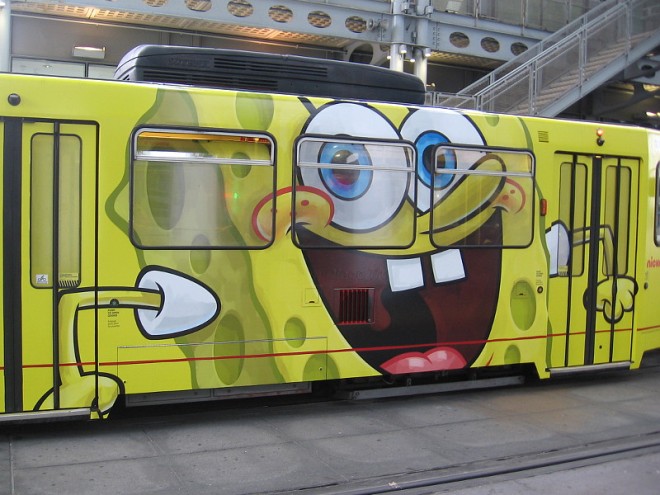 One thought on “Here come the 2019 Comic-Con trolleys!”