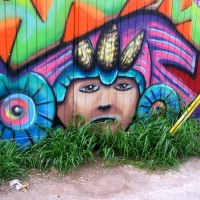 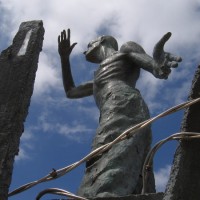 I went for a walk through Balboa Park this morning. As I started across the Cabrillo Bridge, my hat protected my face from a few lingering very light showers. But they didn’t last long. My camera was out.

Engineer Joe is a super nice guy. He told me that the Balboa Park puppet theater has been in continuous operation since 1948.  That’s a long time for a puppet theater! He also said Marie Hitchcock created the hand puppets used by the San Diego Zoo to feed endangered California Condor chicks in the early 1980s, saving the species from extinction!

I live in downtown San Diego and love to walk around taking photographs!  Just for fun! You can follow Cool San Diego Sights via Facebook or Twitter!

Do you love Balboa Park? Follow my special blog which I call Beautiful Balboa Park!