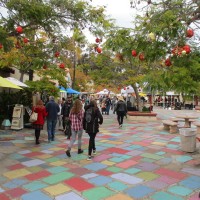 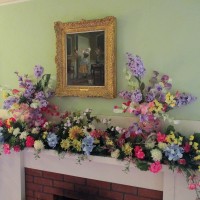 Here are photos of the new mural in Barrio Logan that honors the lives of four people who died tragically last month in Chicano Park under the Coronado Bay Bridge. On October 14, the four–Annamarie Contreras, Cruz Elias Contreras, Andre Christopher Banks and Francine Denise Jimenez–were attending the annual La Raza Run motorcycle festival in Chicano Park when a car driven by a drunk driver suddenly plummeted from the bridge onto the crowd below. The news that four were killed and eight were injured was shocking. Many were shaken. So many hearts were broken.

The new artwork, which includes a tribute to the four victims, can be found at the corner of National Avenue and Evans Street, a block southeast of Chicano Park. Chicano Park is famous for its many colorful murals that depict the civil rights struggles of Mexican Americans and immigrants.