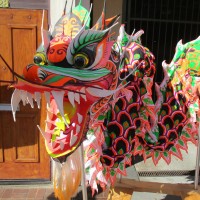 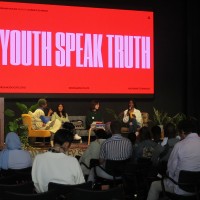 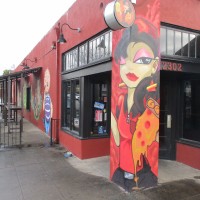 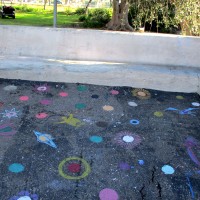 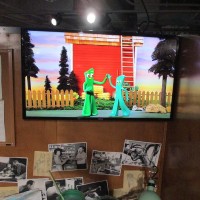 Yesterday I spent some time at one of the most beautiful places in San Diego. I walked along the cliffs near La Jolla Cove, just taking in the fresh ocean breeze, sunshine and scenery.

I managed to get several fun photographs of pelicans and gulls flying above the water and perched on the rocks.

If you’re in or around La Jolla, today I learned about a holiday food drive with nearby drop-off locations. The Heart to Hands Food Drive San Diego is run by Candi DeMoura, who has raised 2776 pounds of food in the past 3 years. Wow!

Please visit her San Diego Food Drive website. It lists the types of food that are accepted. There are several places to drop off food, including the La Jolla Farmers Market and Coldwell Banker on Prospect Street.

Together we can work to beat hunger in San Diego!

Today I enjoyed watching the annual La Jolla Christmas Parade! After walking a bit around La Jolla, I settled onto the curb and watched Christmas-themed floats, vintage cars and marching bands celebrate the merry season.

It’s a wonderful parade that I hadn’t seen before. Very glad I did this year!

Here are my best photos. Read the captions to follow along.

I’m not in the least embarrassed to say I love reading Dr. Seuss. Even as an adult, he remains one of my favorite authors. He created pure joy.

Today is Dr. Seuss’ birthday. He was born March 2, 1904. His actual name was Theodor Seuss Geisel, and he lived in beautiful La Jolla, just a short distance up the coast from where I now sit in downtown San Diego.

I’ve included some Dr. Seuss related photos on my blog over the years, so to remember the immortal children’s book author, I’ll share them once again!

I live in downtown San Diego and love to walk! You can enjoy more Cool San Diego Sights via Facebook or Twitter!

You can easily explore Cool San Diego Sights by using the search box on my blog’s sidebar. Or click on a tag! There are thousands upon thousands of fun photos for you to enjoy!

Here are some photos of cool art seen while walking about the streets of La Jolla. More specifically, the Village of La Jolla–the central business and cultural district which is the heart of this wonderful community.

La Jolla is an affluent part of San Diego, so there seem to be art galleries wherever one roams. But there are also many eye-catching street murals and works of urban art.

This collection of photos is far from comprehensive. These are just photos taken during several semi-random walks around The Village (including today). That’s the way this blog usually operates!

Please forgive me for this imaginative little story. It’s hot today and perhaps my brain overheated.

The summer heat is why I went down to La Jolla this morning.  By the water it was thankfully a few degrees cooler. While I walked along the Pacific Ocean near La Jolla Cove, I watched some kayaks enter the nearby sea cave.

Upon studying my photographs, this short story emerged. For the exciting conclusion, please read the captions, beginning with the above first photo…

This blog post resumes my walk from the prior post. Here I head south down a truly amazing stretch of coastline, from Point La Jolla at the edge of La Jolla Cove to Cuvier Park. A good argument can be made that this is the absolutely most beautiful spot in all of San Diego. I’ll let you decide…

My day in La Jolla yesterday was so wonderful I had to do it again!

A second walk today has my computer bursting with photos. So I’d better share some!

I’m going to create two blog posts. This first one involves a walk down the short but breathtaking Coast Walk Trail, then down Coast Boulevard from the Cave Store to La Jolla Cove Beach. Where the ocean meets land here is one of the most amazing, magical places a person might ever visit. A few photos hardly do the experience justice.

Be forewarned, this post starts with great natural beauty, but ends with sudden ugliness. You’ll see why I became a bit angry during my otherwise glorious adventure.

Yesterday I took a long walk through La Jolla. Before leaving home, I checked the tide chart. My intention was to photograph the tide pools at beautiful Bird Rock. I’ve read you can actually walk out to this spectacular rock in the ocean at low tide. Unfortunately, as it turned out, yesterday the tide wasn’t low enough!

But I did get my fill of natural beauty. Will you please join me as I walk from La Jolla Boulevard a couple blocks down Bird Rock Avenue, and then down to the water?

Early this morning, just as the sun was beginning to rise, I arrived at the top of a mountain. It had been a long while since I visited the Mt. Soledad National Veterans Memorial.

Located in La Jolla, north of downtown San Diego, Mount Soledad is a place of stunning views and great natural beauty. And a place filled with memory and feeling. Thousands are honored here for unselfishly serving their country.

Plaques on six concentric walls each remember an American hero, some who are living, many who’ve passed away into history. At the center rises a tall white memorial cross, erected in 1954 to honor Korean War veterans. The subject of controversy over many years, the cross will soon stand protected on private land. The National Defense Authorization Act for 2015 contains a provision that will convey the cross to the Mount Soledad Veterans Memorial Association.

Like a mosaic, eternally shining black granite plaques cover the low, curving walls; they tell the diverse stories of uniformed members of the Army, Navy, Marine Corps, Air Force and Coast Guard, plus those who served in the Merchant Marine during World War II. The walls will ultimately hold 3,200 names.

If you have a loved one who is serving, or who has served, you can purchase a plaque. Here is the memorial’s website.