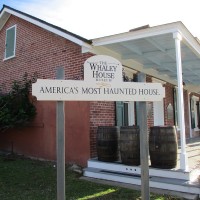 This morning I walked from downtown San Diego to Balboa Park, hoping to capture some interesting fog photographs.

As it turned out, most of my photos were of red-tailed hawks!

I observed three of them from the Cabrillo Bridge.

Anyone who walks into Balboa Park from the west side should keep their eyes peeled for hawks. They like to perch in the trees above the archery range or the slope of the West Mesa overlooking State Route 163.

I often hear the distinctive cry of red-tailed hawks near the eucalyptus trees west of the California Tower. Once or twice in the past I’ve seen them perched on the tower!

I managed to get a few decent photos with my little camera. You can see two hawks in the final image!

From the Cabrillo Bridge I also took a photograph of foggy downtown San Diego in the distance.