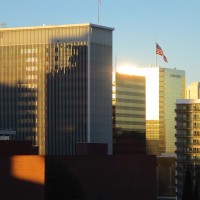 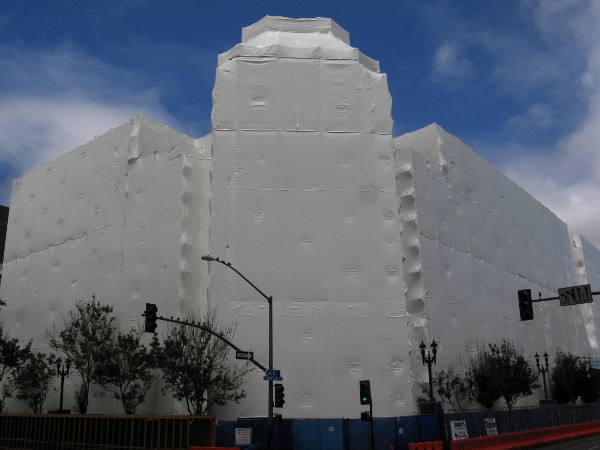 Parts of Horton Plaza are now being demolished. The redevelopment of a downtown shopping mall that used to be a major tourist attraction is underway!

I walked around the old shopping mall and saw several places where the exterior facade is being torn down. At the south end, the large building that used to house Nordstrom (which closed its doors 4 years ago) and 24 Hour Fitness is wrapped up in white plastic. Check out the very odd-looking photograph above!

As you can see in another photograph, I walked past the small Post Office at Horton Plaza and it’s also now closed. Everything inside was being loaded onto a postal vehicle.

Horton Plaza Mall, when it opened in 1985, quickly became a popular San Diego tourist attraction, largely due to its unusual downtown location and wildly imaginative and colorful architecture.

I remember going there as a young man and being fascinated at how ramps and escalators led every which way, as if the mall were some crazy, asymmetric, three dimensional maze. The shopping center was designed using an idea relished by science fiction author Ray Bradbury. In his essay “The Aesthetics of Lostness” he extolled the virtues of getting safely lost in the world’s great cities, and how small adventures can result.

Horton Plaza, which gradually lost its popularity, is now being redeveloped into a 10-acre office campus that hopes to draw tech companies into downtown San Diego. There will be some retail space, too, with places to shop and eat. I’ve read that some of the interior bridges that I’ve always loved will be retained.

You can see photos that I took inside brightly colorful Horton Plaza many years ago here and here. 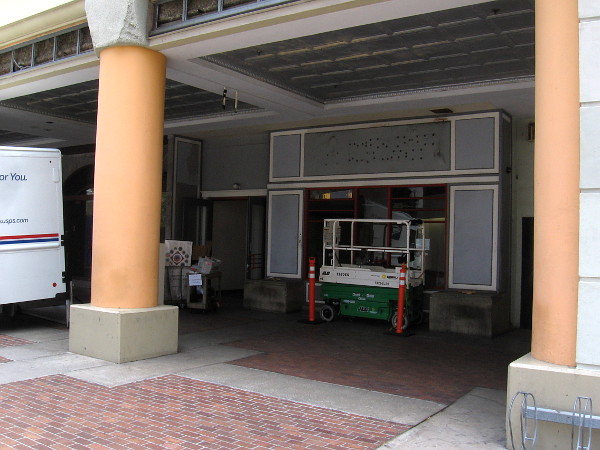 One thought on “Demolition and redevelopment at Horton Plaza!”