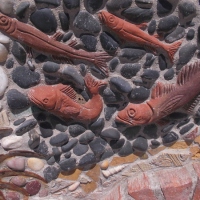 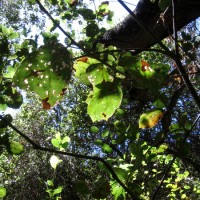 In the late 19th century, long before San Diego became a thriving metropolis, El Cajon Avenue was a dirt road into East County that eventually developed a small business district. In 1937 the road was improved and renamed El Cajon Boulevard.

Old U.S. Highway 80 ran east from San Diego where much of El Cajon Boulevard is today–all the way to the East Coast! When Interstate 8 was built, the new freeway replaced a segment of U.S. Highway 80 through La Mesa.

Today El Cajon Boulevard is a very busy east-west route through many of San Diego’s oldest and most diverse neighborhoods. Generations of San Diegans have traveled along The Boulevard.

Every block echoes with history.

Eventually I’ll blog about the grand Lafayette Hotel, where Hollywood celebrities once flocked, and where Bob Hope was the first guest. Or the original Jack in the Box where modern drive-thru fast food service was invented. Or the nearly century-old Chicken Pie Shop, where legendary boxer Archie Moore, longest reigning World Light Heavyweight Champion, liked to hang out. Or…