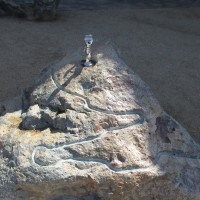 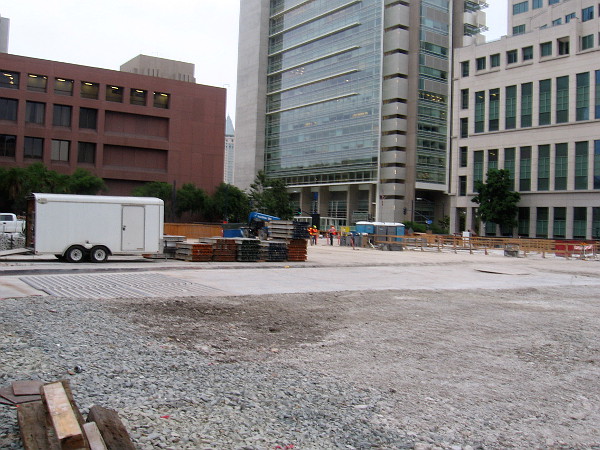 The old downtown San Diego Superior Court building has vanished! A city block that once contained the busy courthouse is empty!

Several years ago, a new 22-story Central Courthouse opened at Union Street and C Street, absorbing all of the functions of the sprawling old courthouse that was built in 1961. The demolition of the south part of the old courthouse has been ongoing for months, and when I walked by this morning, the entire block between Broadway and C Street was nothing but an empty lot!

A new high-rise building designed by Holland Partner Group is planned for this location. It will feature hundreds of apartments, plus office and commercial space.

A friendly construction worker who spoke to me through a fence said the next phase of the old courthouse demolition will be the section north of C Street. According to what I’ve read, the adjoining Old Jail, or Detention Center, will also be removed. A tunnel built beneath this property will connect the new Central Courthouse to the San Diego County Jail, which is located directly to the east across Front Street.

In my final photo you can see how a part of the old courthouse that bridged the trolley tracks is now being carefully removed. Check out the size of those steel beams! (In the background rises the sleek new Central Courthouse.) 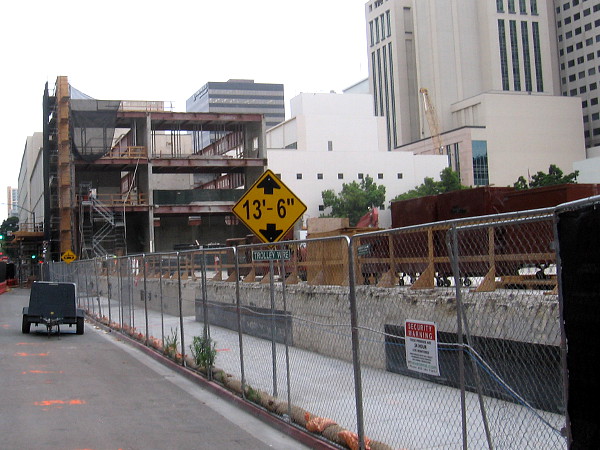