New murals were being painted today by the 7-Eleven on University Avenue in City Heights! The public’s opportunity to watch artists at work live was one cool aspect of the Love City Heights local Global Day of Caring event.

During my visit, a wall adjacent to the 7-Eleven parking lot was being painted by young muralist Nadia Sanchez. Her inspiring artwork is divided into two panels, and she and her mentor Melody De Los Cobos were working on the second half of the mural when I happened to swing by.

Meanwhile, a large mural in the alley next to 7-Eleven was just getting started by GMONIK. It will be the third inspiring piece of art on that wall. I’ll swing by at some point in the future and take a photo of the completed work.

GMONIK has another super cool mural on the street side of the same building. See it here!

I later walked a couple blocks east down University Avenue to check out two new murals of #TheAvenueMuralProject. Both are really great, as you can see in my photos! 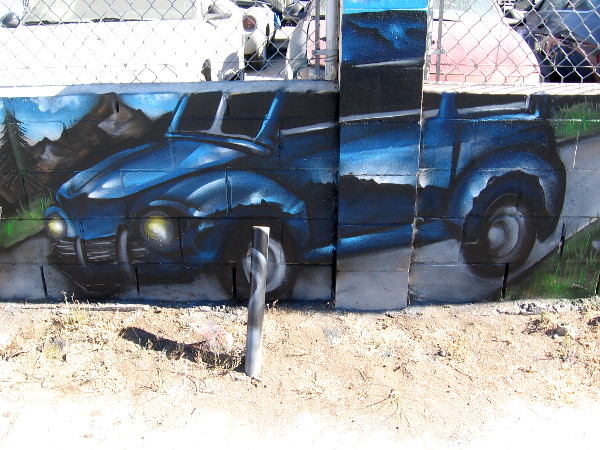 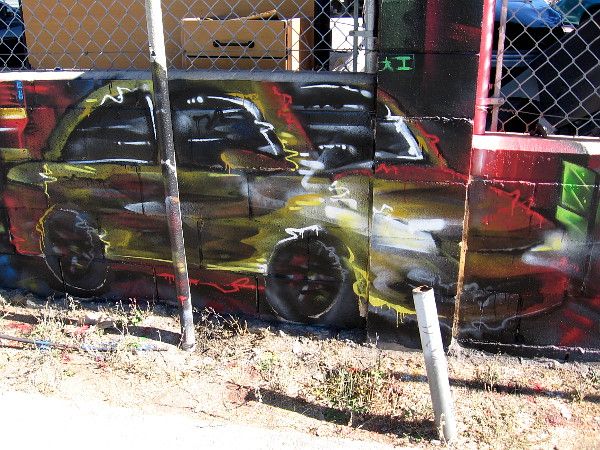