One of the most amazing things I’ve ever seen made its very first appearance this evening in San Diego. Mitchell Walker, who plays didgeridoo in Balboa Park and Seaport Village, has completed an epic project that began as a dream almost 40 years ago. He has officially completed The Great Stellarium Project!

Mitchell’s 30-inch Plexiglas cube which contains a three-dimensional star map–his amazing Stellarium–made its debut in Balboa Park near the Fleet Science Center. The Stellarium was admired by curious passersby, and by astronomy lovers who’d gathered for the monthly stargazing “Stars In The Park” event of the San Diego Astronomy Association.

Mitchell has an irrepressible smile and a great sense of humor. One of his biggest passions is science fiction–Star Trek in particular. For much of his life he’s had a strong fascination with astronomy.

Years ago, Mitchell’s dream to recreate a part of our galaxy was inspired by the star map that figures in the film The UFO Incident. His idea was to design a transparent cube that holds an accurate portrayal of the stars nearest to our sun. His first attempt to invent such a marvel resulted in a cube that was 15 inches square. He still uses that smaller cube as a night light.

The impressive 30-inch Stellarium that debuted today displays our “stellar neighborhood” within 50 light years of Sol, the sun. Our tiny corner of the galaxy took Mitchell a little over a year to build. The 166 stars are obviously not to scale, but the distances between them and their relative positions around Sol are accurate. Each tiny star, attached to a filament that is almost invisible, shines with fluorescent paint in the color that matches its spectral classification. In darkness, under the cube’s black light, the effect is extraordinary.

After the sun set this evening, I sat on a nearby park bench and watched as people stopped to peer into the dreamlike Stellarium. Some pressed a button at the cube’s base to listen to Mitchell’s recorded audio narration.

Clouds unfortunately concealed the night sky. For a magical moment or two, members of the San Diego Astronomy Association abandoned their nearby telescopes and joined their friend Mitchell Walker, to gaze into a wondrous cube full of stars. 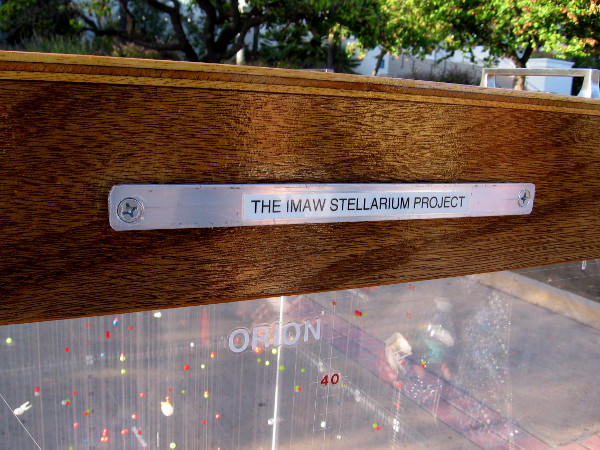 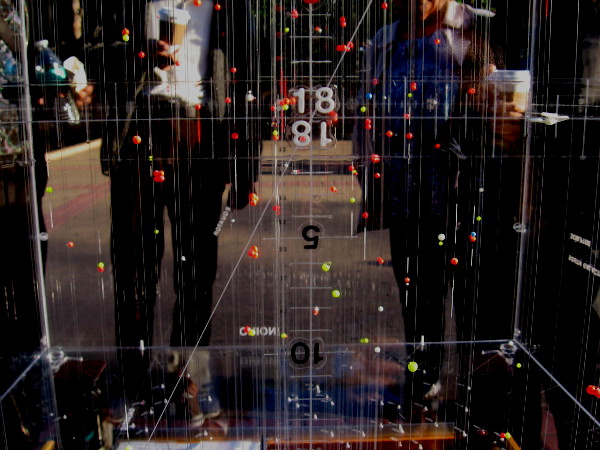 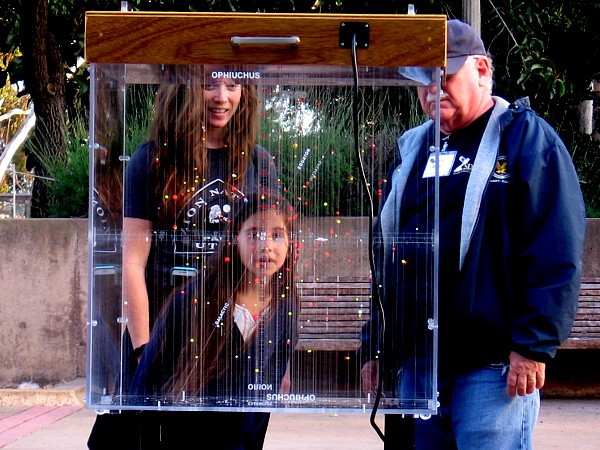 2 thoughts on “An amazing cube, like real Space: full of stars!”