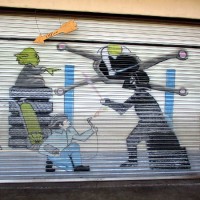 I walked slowly along the Embarcadero this morning. As I started along San Diego Bay, the February sky was gray and occasionally drizzly.

For a Saturday relatively few people were about. The popular Tuna Harbor Dockside Market was busy, of course, but the first part of my walk was rather quiet. A couple firefighters were jogging on the grass near their fire engine at Seaport Village. I saw some birds, including a beautiful snowy egret. A few fisherman were trying their luck on the pier at Embarcadero Marina Park South.

I said hello to some familiar people.

As I turned back north, I noted a bit more activity. Guys in scuba gear were at work cleaning the hulls of boats in the Marriott Marina. Workers were getting tables ready at various waterside restaurants. Vendors were setting up booths at Ruocco Park’s new Saturday farmers market. Tourists were gathering at the foot of the Embracing Peace statue (originally called Unconditional Surrender) and atop the flight deck of the USS Midway Museum.

And, best of all, the street performers were out and smiling.

As usual the sun came out. 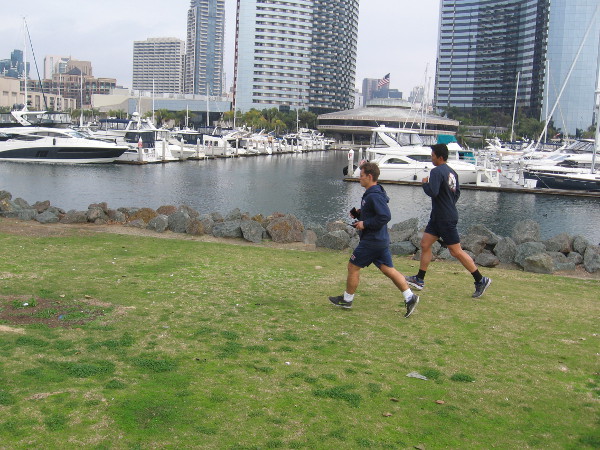 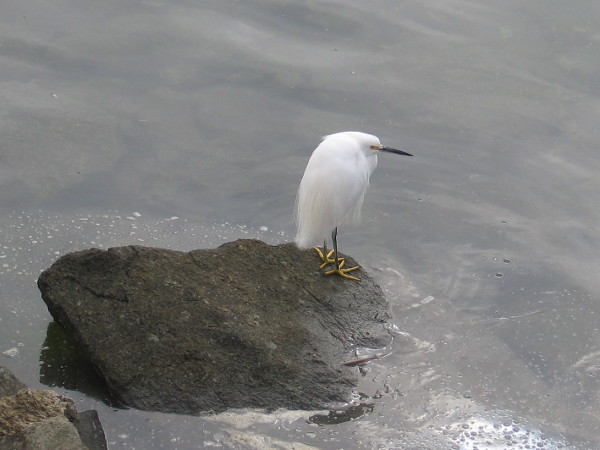 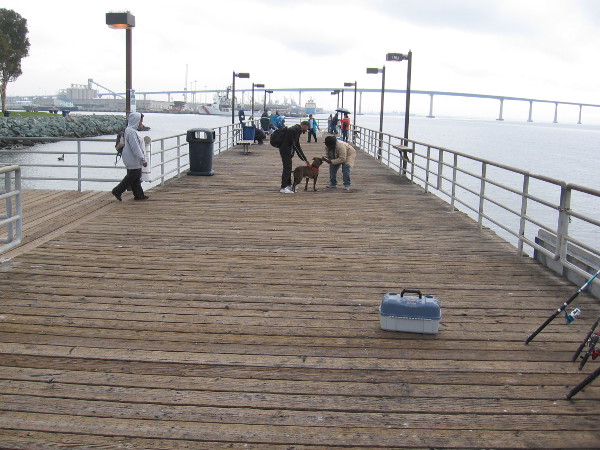 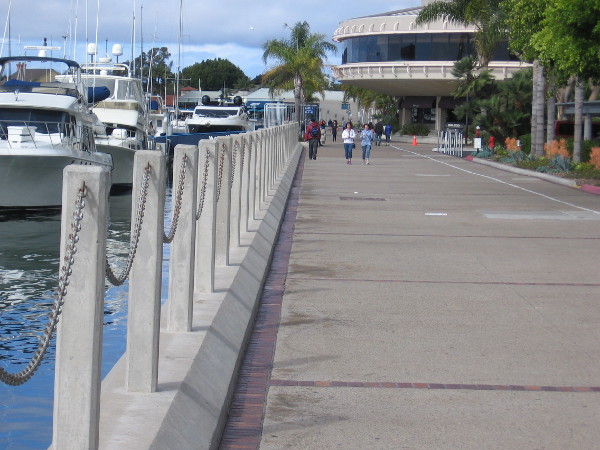 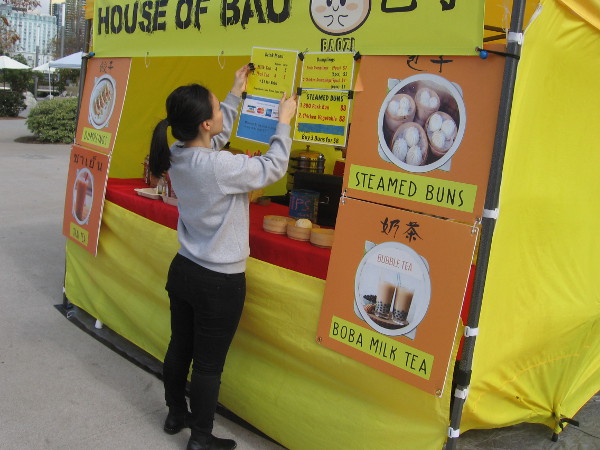 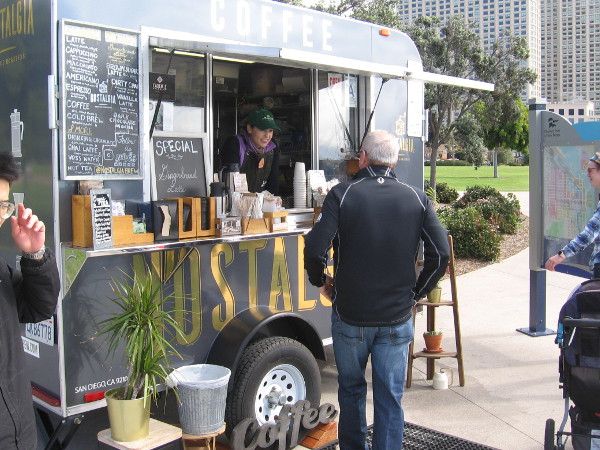 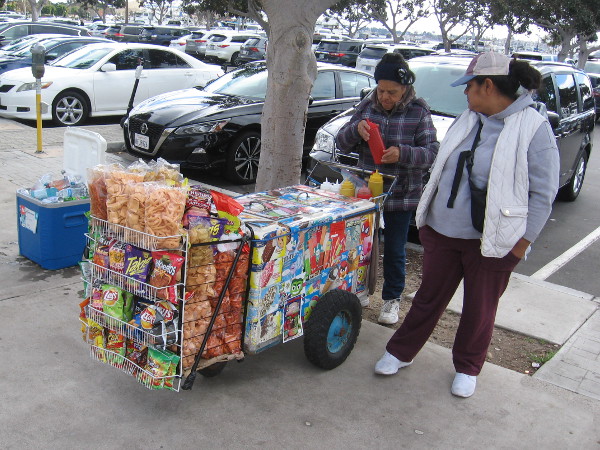 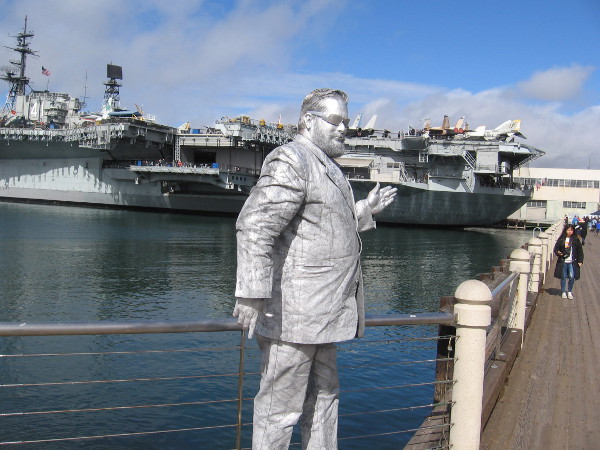